I’ve written loads of new books since finishing work on the Sub Rosa Series but the characters I spent so much time with in Unbind, Unfurl, Unleash and Dom Diaries have stayed with me, and while I’ve been writing other novels, characters from the world of SUB ROSA have been slowly but surely telling me their new stories.

I can confirm I am hoping to release another THREE books in the saga, taking the total up to SEVEN novels in all.

There are many strong characters in the series and some we haven’t heard from yet, not in their own voice anyway. Some have been begging me to tell their stories for quite some time and in one respect, I’ve held off telling their stories! I’ve known exactly what’s to come and that’s why I’ve put off telling these last three tales.

So the first up to tell a brand-new story is Mark Lutz! If you remember, he featured in Unleash. He’s Chloe and Kayla’s childhood friend. His story WORTH IT will release in December 2018, exact date TBC.

For now I hope this synopsis is enough to whet your whistle:-

Mark Lutz was doing so well. He was in therapy to tackle his sex addiction and everything looked brighter. He was pulling himself together. Then, he had a relapse.

Now he’s at a standstill. He’s lost everything. His job. The love of his life. His self respect. He feels like there’s no point in trying anymore because he’ll only end up failing.

He needs a friend more than anything, someone who genuinely cares. That friend comes in the form of Cai Matthews, who has an offer Lutz cannot refuse.

One of the Sub Rosa Trilogy’s many strong characters, Lutz has a unique story to tell, one of self-discovery, healing and dramatic truths.

**It is highly recommended you read Unbind, Unfurl and Unleash before this novel**

The series should be read as follows:

Chloe meets Cai as she starts a new job in London. Their chemistry is undeniable but forces outside of their control threaten to pull them apart, including a mystery seemingly unsolvable. Purchase now

Cai’s life prior to meeting Chloe comes under scrutiny and we finally learn all the secrets behind his motivations, his actions and his deceptions. Purchase now

Chloe’s best friend Kayla has somehow been dragged into the Sub Rosa mystery and its tentacled influence. A brand-new love story unfolds, but will Cai’s family tragedy get in the way? Purchase now 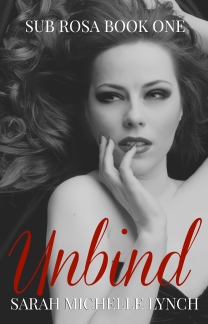 The Sub Rosa Series uncovers the deadly secrets of a famous magazine editor and her nephew.

While Jennifer Matthews runs the world’s most prestigious fashion magazine, her photographer nephew Cai has too many demons to count.

Living in the public eye has taken its toll but so far the Matthews have contained their dark truths. It’s when journalist Chloe meets Cai that secrets threaten to spill out in the most destructive ways . . .

More details about WORTH IT, coming soon . . .

Never miss a new release by signing up for my newsletter! Alternatively follow me on IG, Twitter, FB or Amazon!

LIMITED TIME S*LE!
A very rare reduction indeed and only available for a limited time - more than 50% off in 🇬🇧 and 🇺🇸 (correct at time of posting, book is on a #KindleCountdown deal)
3 steamy and suspenseful reads in 1!
"The twists and turns! I enjoyed each book and loved how they tied together. Didn’t expect the ending...Well done!"
•L•I•M•I•T•E•D••T•I•M•E••S•A•L•E•
***Limited time left***