**Warning, this blog contains swearing, humour… and some strong opinions. Proceed with caution.**

“I actually forgot how to write a standalone…”

…I said to my husband the other day.

One of the reasons I decided to write a standalone this time round is that my own tastes are changing and I find myself more and more frustrated with long-running series. I find that sequels sometimes take forever to come out, or when they do, the characters don’t sound the same… or maybe it was so long ago since that other book in the series, you find yourself having to reread again and again so you can keep the flow going and stay connected to the characters. I also find that with series comes pressure for the author and often, the first book in a trilogy will be really strong and then books that follow don’t measure up. Maybe that’s just a sign that once a series is established, an author becomes too comfortable in their writing and after that, writes exactly what they want instead of perpetuating what they set out in the beginning? Or maybe, time constraints are involved… and the first book was evolved more organically, before everyone developed an opinion of their own.

A lot of writers I work with don’t write series because they want to, but because they think they have to. Many writers in the Indie world, especially, are writing series with the thought, “I can give this one away for free, then people might read the next ones…” Hey, we’ve all been there. I’ve got the t-shirt. Someone even recently said to me, “People will only take a chance on an Indie author if it’s free.”

When I said that to my husband (I forgot how to write a singular book), I really meant it. I forgot how to write a standalone. As of today, right now i.e. this moment in time, my forthcoming novel Tainted Lovers is the only standalone novel of mine to date. When I wrote Unbind, it was sooooo meant to be a standalone. However, during the writing of it, I’d written loads of material from Cai’s POV for my own benefit, so me – the author – was inside his head and better able to represent him. However, low and behold readers read Unbind and wanted more from him. There were questions left over. While my editor’s opinion was that sometimes it’s better to leave some things unsaid, the readers voted with their feet. WE WANT MORE!

So then, I wrote Unfurl which is probably the second best book I’ve ever written because I really felt like me and Cai were on the same wavelength and I went hell for leather on the editing. By midway through Unfurl, I knew in my heart that Kayla also had a story to tell – so a trilogy was forming – and I didn’t want Unfurl to be the shitty middle book full of sex and filler and crappy cliché to get to the last and final chapter, which gives you all the flash/bang/wallop.

Beyond Angel Avenue was something I wrote out of love. I’d missed Jules and Warrick and felt like enough time had lapsed to tell what happened next. I.e. they’ve changed (like I’d changed) and it wouldn’t be the same book, it’d be a book to stand alone but a sequel still.

I think a lot of authors these days feel under pressure to write series, from a marketing point of view, because a series is an investment for readers to get stuck into. However, through series, are we short selling ourselves? Stretching ourselves thin? When in actual fact, a standalone has the ability to pack a whole lot of punch in one, swift round? A former agent of mine said series attract publishers/agents because it basically means more pounds and pence.

If you think about Game of Thrones, which everyone is in uproar about because they take so bloody long to write, Mr Martin’s books are only soooo absorbing because he takes time to make them that good. Whereas, many other authors are given three months between instalments to write their books. Is that short changing their talent, or are we able to write more than we think we are? I am starting to believe that the world in which we live expects… and probably the reason why 50 Shades did so well was that all of the instalments were out at the same time and nobody had to wait in between for them. (Or did Amazon spot a marketing opportunity and set their algorithms to explode those books…. hmmm… *scratches chin*… I think Amazon saw a way to earn some money.) I say love what you love, enjoy it, and if you do, great. However, the hype told everyone they had to have those books and so everyone went to Asda and got 3 for 2 and most of the Vol. twos and threes languish somewhere (I did a poll, so I’m not lying about this) and most people I spoke to read the first and then forgot about the other two. I hasten to add Mr Martin only intended GoT to be three books long, but that damn wheel of fortune bloody well said no, you will write seven damn books (and now the TV show is ahead of the books… what does that tell you about supply and demand??? Are we just a load of needy gits…? Oh yeah.)

I mean… look at Great Gatsby at only 50K and yet it’s been done numerous times on film etc. Jane Eyre, voted the greatest novel of all time over and over, rides well above 200K. Today, a marketing firm would no doubt slice Charlotte’s book in two and… you know, spoil the fucking thing.

Word count is so stupid. A story will be told, in how ever many words it needs to be told.

I am but a liar. Now… I put on my editor’s hat for the latter portion of this blog… with a list of editing mishaps I wanna scream at myself and others sometimes:

When I said I forgot how to write a standalone, I am really not kidding. The writer in me wanted to venture down all sorts of avenues and here’s where things went wrong along the way (as my thought processes swam beyond the buoy):

One of my favourite chicklit/romance reads ever is Me Before You (film out this year) and I loved it because it had a moral, it had incredibly beautiful, poignant, life-changing moments, and it was real. I damn well refuse to read the sequel because I know it will spoil my love of the first book.

Notwithstanding all my opinions above, which are just my opinions, not fact… here’s what I found from finally writing a true, standalone novel.

p.s. I wrote Tainted Lovers on a diet of gin and lots more cussing than what’s in this little here blog post.

Oh yeah… and do you love my cover?? 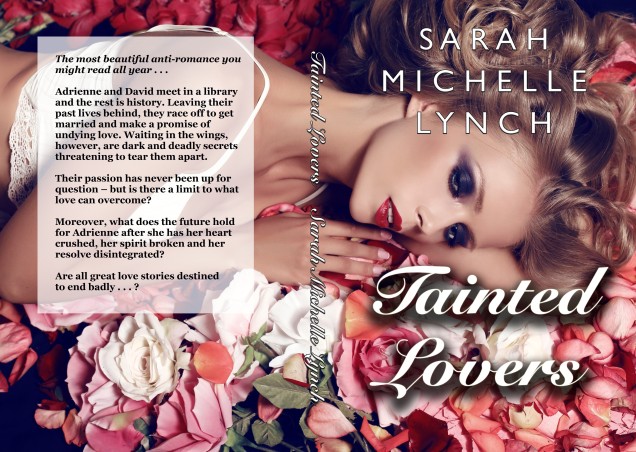 One thought on “Writing A Standalone”