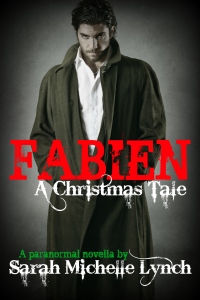 Centuries ago Fabien was thrown from his coven for betraying the queen who had claimed him as hers. Leticia chose him for his sexual prowess and never expected he would fall in love with a pathetic human, something she couldn’t forgive. Cursed to live alone, Fabien harbours a small hope he will one day encounter the reincarnation of his one true love.

One cold Christmas Eve Fabien bites a man who he believes could lead him to the one woman who might break the curse he’s been forced to bear for far too long.

The ancient vampire sets out to woo her in the only way he knows how but unfortunately for Fabien, love proves to be his constant undoing . . .

Jules waits on a street corner every Saturday hoping something or someone will take the pain away. Nothing ever does.

She once loved the area she inhabits but a heartbreaking event marred its former meaning. She fell out of love and decided to focus on her career as an English teacher.

What she does not realise is that Warrick has been watching her and wants to know why she is always there, stood on that corner. She convinces herself it is the social worker in him that thinks he can save her from the loneliness and despair so evident about her person. Little does she know just what kind of life he has led.

When true love blossoms, neither of them appreciate just how their union is not only going to change their lives, but also shake up a problem at the very heart of their community. 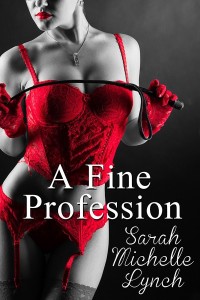 Charlotte “Lottie” Taylor survived childhood cancer and then spent years feeling at odds with who she was and where her life was heading. A chambermaid at a run-of-the-mill hotel chain, she found escape in her imagination and eventually discovered expression in a sideline dominating men.

She spent nights disciplining her “initiates” and delivering a service their wives often ordered on their behalf. What she didn’t expect was to fall in love when a chance encounter put her in the arms of Noah Yeardley, a man with a history as interesting as her own. The only man to ever dominate Lottie, together they explored their fantasies. Yet the fantasy broke down and Lottie was forced to revisit past issues.

The story continues in A Fine Pursuit, a continuation of the story from Noah’s POV.

We should chase away from what we’re scared of, right? Run as fast as we can. Yet some of us seem to veer toward chaos and destruction…

Chloe sees anguish and despair lurking beneath the surface of Cai Matthews, the dark and dangerously handsome freelance photographer she meets on her first day in a new job. She can’t see straight in his presence—blinded by a blistering sexual attraction that has the potential to sweep her clean off her feet.

When Cai disappears from the workplace and doesn’t come back, Chloe tries to find out more about his life but all she knows is he’s set to inherit a ton of money and his aunt runs one of the most famous fashion magazines in the world.

Cai is running from a complicated past he doesn’t like talking about. Gossip columns rage with speculation concerning him and his aunt, who took guardianship of Cai after his parents died.

Conscientious journalist Chloe has a mind for details and once she gains access to his world, Cai realises she could undo every, single dirty little secret that he and his aunt have tried desperately to cover up.

Happy Christmas greetings! Please have a look through my sales and freebies list! They won’t last long. Fabien is free through Christmas Day and Angel Avenue is only free until the end of tomorrow! A Fine Profession and Unbind will be on sale for the rest of the year!

I have a cover for the next book in the SUB ROSA series, UNFURL, and I also have one for the next instalment of Fabien! I have so much to reveal, but all in good time – the new year is when I’ll have time to tell you more about my next projects!

All that’s left for me to say is thank you for reading, it’s been a strange and reflective year, and I currently seem to have caught the “can’t stop writing bug” so I’m working on the last and third book in the SUB ROSA series before I go back and edit UNFURL.

Best wishes for a happy, healthy and prosperous 2015!