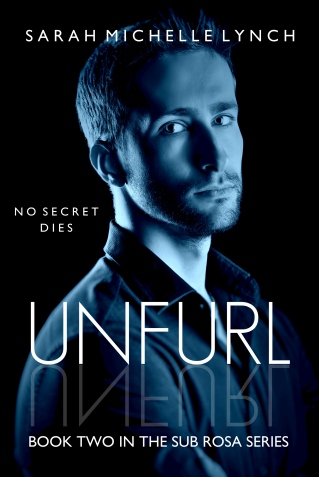 I’ll stab you in the heart.
I’m coming for you.
No secret dies.
But you will.

In the concluding part of Chloe and Cai’s tale of frantic, tempestuous, meaningful love…

When news breaks that enigmatic magazine editor Jennifer Matthews is dead, it irks Chloe that Cai refuses to shed even one tear. What she doesn’t know is that he was expecting it, perhaps even, hoping for it.

In this dark, romantic tale of revenge, Cai explodes the deepest, most destructive aspects of his past as he comes to terms with the tragedy at the heart of Jennifer’s downfall. With Chloe’s love and support, he must brave his demons and dodge death to finally end a bitter feud between two damaged families.

**This book is not intended to stand alone and is the second in a three-part series, concluding in UNLEASH – Kayla Tate’s story.** 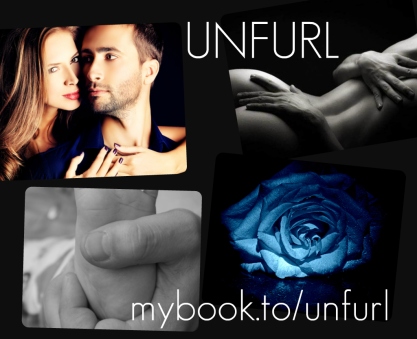 “Tell me, when was it the hottest for you? Just now… or some other time?” she asked giggling, running her hands across my chest, nibbling my ear at my side.

“No, I wanna know when… when was it the hottest for you, you can be honest.”

I licked the sweat from her neck and thought carefully. “Two times. I’m not sure which wins the contest, we might have to re-run.”

She cackled, her hand squeezing my butt beneath my slack jeans.

“Those two times, then?”

“The first time we ever did it,” I admitted, though that was a one-off I’d always told myself, “maybe, the time you tied me up, licked me all over, sucked my ass and rode me backwards cowgirl.”

I nodded against her shoulder. “Of course.”

“Well, Barbados… the first night of our honeymoon. I bathed in front of the ocean in that roll-top bath on the terrace, remember?”

“How could I forget?” I chuckled. “I thought someone would see.”

“You wrapped me in a towel afterwards and carried me to bed. You were angry the hotel forgot we didn’t ask for roses, but you lowered me to the roses on the bed anyway. You kissed every inch of me and I remember feeling so full, so womanly, as you worshipped my pregnant body.”

I ran my hands over her breasts and her flat stomach. “I love it when you’re so full and blooming. I love seeing you come alive.”

Her smile was carefree and she was so giggly. “I loved that night, it was the first time I couldn’t control my orgasms, the first time I felt like I really had no control of my body or my love for you. It scared me… but it was wonderful.”

I stared down into her eyes, our noses touching, knowing I would never feel so close to another human being for as long as I lived. “And the other time memorable for you?”

She smiled and held my cheek, one eyebrow cocked dramatically. “The night I tied you up.”

“Ding, ding, ding. I think we have a winner.” I growled in her ear, and asked, “I think it stands out because we haven’t done it since, yeah?”

“Yeah… I didn’t know whether you’d wanna do it again,” she said clawing her hands through my hair.

She rolled on top and tickled my armpits. “To be honest, I think I knew even back then his intentions weren’t honourable. I think a woman knows these things, Cai, even if sometimes she doesn’t want to admit it.”

“Feminine intuition?” I cocked a brow.

“Something like that,” she admitted, “he was nice, but somehow I dunno, not right.”

I grabbed her ass and kneaded it. “Men are simple in some ways, complex in others. Sometimes a man’s desires can make him feel a little out of control. Like, he can’t concentrate on a thing else. I know my libido sometimes takes precedent… and I’d hump you every chance I got if we didn’t have company, if we didn’t have kids. I suppose when a woman’s in charge and she lets you know it’s okay to be nasty, it’s such a turn on. When she tells you that you’re filthy and bad, dirty and disgusting, but you see it in her eyes that she enjoys that… fuck, just that is making me hard thinking about it. Just you, wearing something racy… something black and tight, a paddle in your hand or something… wanting to strike me. I could probably come on the spot, Chloe. It’s not in me to want to mark you, but I’d love it if you did that to me! Don’t ask me why, but fuck, I just think about it… I think I know why my mother did it to so many men. I think it gave her some outlet when she didn’t want sex, you know?”

She bit my chest, rolling a nipple under her thumb, my arousal steadily climbing. “I want to dominate you again. It’s one of the nights amongst the many amazing nights we’ve had that I’ve thought about a lot since.”

“God, me too. Me too, Chloe. Shall we go online now and order a ton of shit?”

She shook her head, her voice low and warning. “You div. I’m in charge. You’ll do as I say… you’ll do it when I say, how I say, you’ll do as you’re told, and you’ll come on demand for Mistress Chloe.”

Click cover to buy Book One in the series: