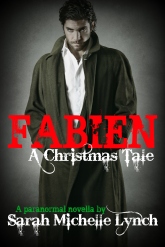 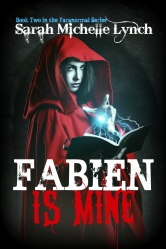 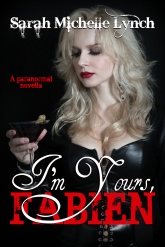 Centuries ago Fabien was thrown from his coven for betraying the queen who had claimed him as hers. Leticia chose him for his sexual prowess and never expected he would fall in love with a pathetic human, something she couldn’t forgive. Cursed to live alone, Fabien harbours a small hope he will one day encounter the reincarnation of his one true love.

One cold Christmas Eve Fabien bites a man who he believes could lead him to the one woman who might break the curse he’s been forced to bear for far too long.

The ancient vampire sets out to woo her in the only way he knows how but unfortunately for Fabien, love proves to be his constant undoing . . .

IN PART ONE, A Christmas Tale, vampire Fabien felt sure he’d finally found the reincarnation of Juniper—his one, true love—and on New Year’s Eve, they left a house party to go back to hers and consummate their reunion.

However, not all was as it seemed…

IN PART TWO, Fabien Is Mine, a twist in the tale forces him to confront the evil vampire queen, Leticia and their first meeting in more than three hundred years means either certain death for him—or renewed sexual enslavement.

In the final instalment…

Fabien knows he’s going to die—he just doesn’t know when exactly—and even though he has the love and devotion of the new vampire queen, it doesn’t seem to be enough.

He’s spent a whole summer knowing it may be his last with Juniper, the love of his life, and now he’s about to face his reckoning.

The shadow from the other side warned Fabien his task would become clear—he just never knew what it would involve. If he’d known, he might have chosen death long, long ago . . . 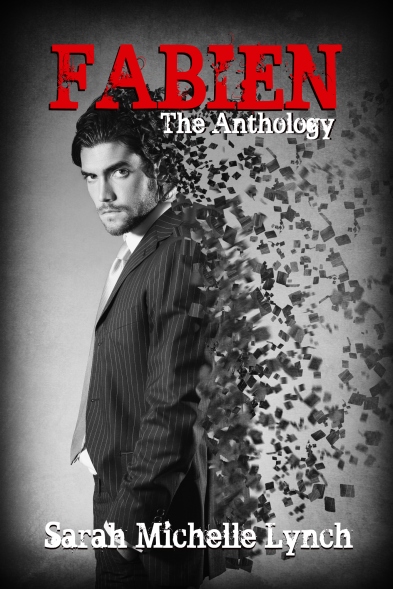 Featuring all three novellas in the series: A CHRISTMAS TALE, FABIEN IS MINE and I’M YOURS, FABIEN

Do you believe in true, everlasting love?

Is Fabien’s fate sealed, or can he overcome evil to claim the life he should have had?

I watched detached, disengaged, disgusted that this was ever my life. I hadn’t attended a banquet in over three centuries but once upon a time, I would feast as Leticia was doing that night.

She and Louis suckled the red’s nipples, one each, as Leticia rubbed her hand up and down Louis’s length. With most other artless vampires already sucking and licking each other’s sexes, I was fixated on Leticia and Louis as they enjoyed their feast a little slower, more skilled at what they were doing.

Louis grinned and chuckled at Leticia as the red-haired girl writhed against her bonds, her eyes flicking open and shut, the whole experience like a dream to her, not reality.

Louis spread the girl’s legs and slipped his fingers beneath a full, red nest of hair, easing his digits inside her. As Leticia took their victim’s clit between her teeth, I watched from afar as little rivulets of blood fell down the sides of Leticia’s cheeks—streaks Louis cleaned as he moved his fingers in and out of the girl still.

The was just the starter. There was so much yet to come. Virgin blood was purest and therefore, could fuel a vampire with lust for days.

As Leticia took charge of pleasuring the girl, Louis moved behind Leticia, who kneeling spread her kneels slightly so Louis could lick her from behind at the same time. Louis drew blood from Leticia also and devoured her, his nails scratching down her back, behind and haunches, the wounds dripping blood but healing immediately.

I couldn’t deny the sights aroused me and I was hard with the thought of taking blood, using blood and sharing it. I was also hard thinking about taking a virginal body with my inordinate phallus, but that was the beast in me talking, a creature that craved something new all the time, something more.

Maybe Leticia thought I would eventually join in because she never looked around to find me and beckon me over. Perhaps she thought I would join her and Louis in a bedchamber later and there, we would have our own private after-party? 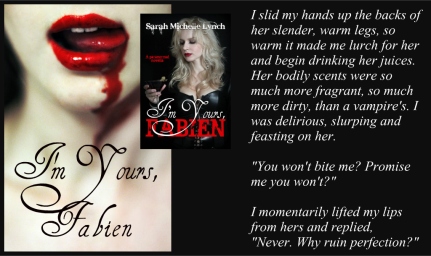 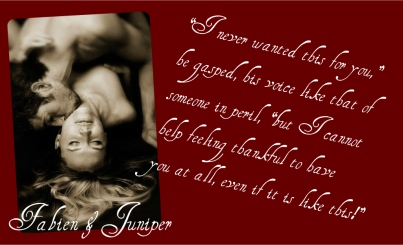 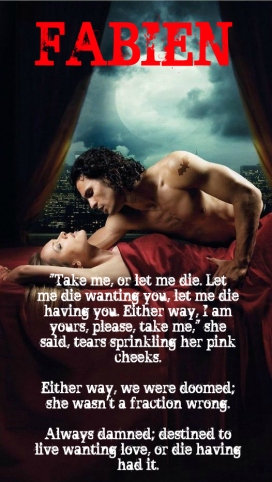