I’ve been writing fiction for three years now and this is the first time I attempted November Writing Month. I admit I have been doing this unofficially because I have a couple of projects on the go and it was a test to myself to see what I could do when really pushed. Could I write 50,000 words in one month? That was the test.

I am currently quite deep into my ninth novel, Unfurl, which is the sequel to Unbind. Unfurl had its claws in me before November 1st dawned so my first aim with November Writing Month was to see how many words I could add to the novel in one month. Well, I added around 39,000 words to that book.

At around 39,000 words I knew in myself I was burnt out. I knew I had reached a certain barrier and there was no going beyond that. Unfurl is a planned 120,000-word novel and yet when I reached 89,000 words… I knew that was it for me, for the time being. I am a writer who listens to my gut and my gut was telling me that if I continued on, I would be writing a load of air. The thing is, the novel in question is a slap-bang-wallop thriller and when you’re writing this kind of book, it is mind taxing on every page. Every sentence. The only other book I’ve written that was like this i.e. slap-bang-wallop… was Beneath the Veil, now The Radical. Unfurl will be the type of book where you simply cannot put it down… you simply have to know what evil lurks beneath the pages. It is an evil I was reluctant to explore in the first book, Unbind, but I have someone to do justice and their will is bidding me to tell their story.

So I gave up at 39,000 words and moved onto something else. I wrote a little vampirism (an Xmas novella) and because that was already pre-planned in my head and a lot less complex than Unfurl, it was easy to churn out and actually a great relief after the aforementioned block of stuff I had given to Unfurl. 60K words to two separate projects was being kinder to myself than forcing 50K words into a novel I knew I needed a break from. As a seasoned writer, you know your own strengths and limitations and gradually, you work out what works for you and what doesn’t. Be kind to yourself, sometimes, something just isn’t meant to be.

Writing, writing, writing… with just a wing and a prayer… is not a bad method. Sometimes writing freefall as I sometimes term it, or by the seat of your pants, can help spring an idea you never would have thought of. Writing with no onus other than to get the words out has its benefits, but also its drawbacks too. I know from those 39K I added to Unfurl, I will be scrapping around 10-15K or re-writing a hefty chunk of it. I have now had a period of reflection; I’ve given the editing side of my brain enough chance to absorb and consider – reflection is invaluable when creating a novel. If you have a period of reflection during which no regrets and no doubts emerge, then you know that work is done. If however you realise it all adds up but not as perfectly as you would like, you know you have more work to do.

I suppose what I am surmising here is that NaNoWriMo is good but only for experimentation purposes. Even a seasoned writer such as myself was tested to meet that 1,600+ words a day quota required to complete the task. Though what I often ended up doing was writing 500 words most days and on good days, when an idea was straining to get out, I might have written a healthy or indulgent 8,000. I am a mood writer, like some people are mood readers, and sometimes I have to wait all day to be able to get my precious writing time in. After working and looking after my husband and daughter, the idea has to be good for me to want to write, otherwise I am too tired to struggle with something that I am not quite feeling.

Word count is irrelevant, however. I firmly believe that. A story will be told in how ever few or many words it needs to be told in. I advise writers who take part in NaNoWriMo to step into the experience with the knowledge that what they write in one month is very likely to need plenty of work afterwards. You might even *shock horror* just want to put it in the bin. Yet the experience might have been worth it for exactly that – the experience. I also advise that if you don’t finish NaNoWriMo, it isn’t because you’re not good enough to be a novelist, it’s just that the story you were writing at the time wasn’t meant to be written so quickly or in so many words, or so few in my case. As I said, Unfurl will be around 120K when complete. If not a little less, maybe a little more! It will have as many words as it needs. I have said things in the past that my future self has disproved, so you know…

I can honestly say, I found the NaNoWriMo experience helpful but I won’t pressure myself to take part in this again. Especially when half the battle of being a writer is connecting to your readers and having enough time away from the laptop to actually generate the content and ideas that make your novel what it is… i.e. an enjoyable reading experience which doesn’t give away the fact that the writer rushed, struggled or compromised themselves during. Readers can tell, they can always tell. 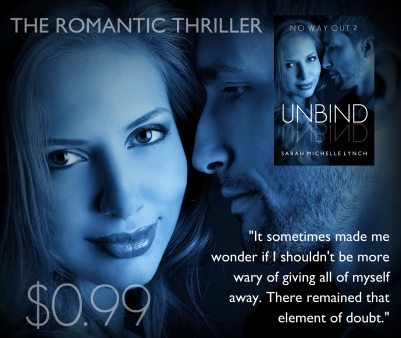 2 thoughts on “#NaNoWriMo – THE VERDICT!”